Big Bad Ben! Nevis That Is!

On Saturday 14th May I experienced one of the most terrifying things I have ever done.
I climbed Ben Nevis!
When you first catch a glimpse of the biggest mountain in the UK it doesn't appear as bad as you fear.
The path looks good, in our case the weather was fairly dry too. Yes you can see pretty spots of snow high up but again nothing to scary.
So at approximately 10am we set off. 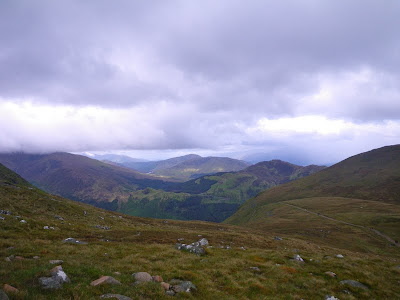 The climb is constant and for me hard work but to be fair the views were beautiful. 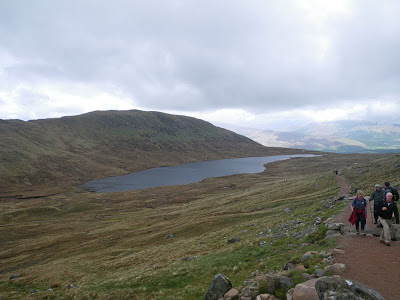 The path after the first climb was great if never ending. 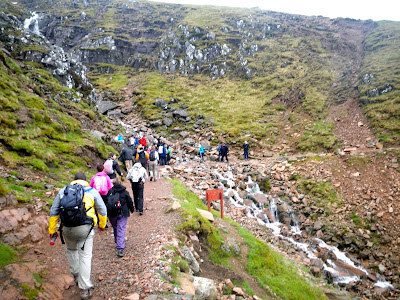 And you have no chance of loosing your ways as it was as busy as you local high street! 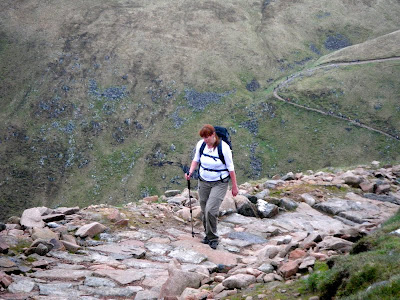 As it was rocking and constant steps it challenged my knees.
(This is the most unflattering picture I have of me ever! But I'm sharing in the hope it will give me more motivation to loose some weight! That and I hope the rolls are made worse by the silly rucksack straps!)
And that nice weather that I appear to be walking in?
Well as we got around two thirds up it all changed.
It got icy cold, snow was starting to appear and we geared up.
The further we got up the worse it became seeing many of our fellow climbing giving up and heading back down.
But I would have none of it! We came to climb Ben Nevis and climb it we would!
I soon regretted my stubbornness. 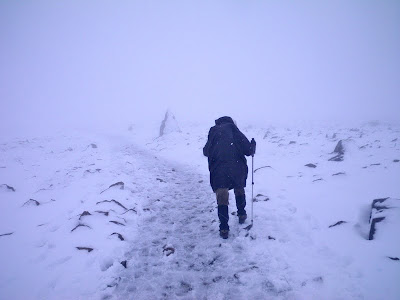 We hit the worst hail storm I have ever experienced.
Visibility was poor to say the least and as one stage the path was invisible, the only reason we knew where to go was due to shapes appearing out of the distance and directing us to follow there footprints!
Whilst we seemed to walk on packed snow, as slippy as can we my stick often got stuck in two foot snow. 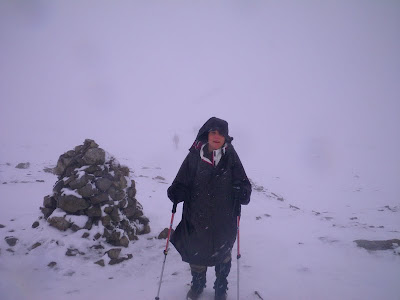 As you can see the wind was howling.
Just in the distance you can make out a figure, proving how bad the visibility was.
Going up was challenge, descending was just pure terrifying! 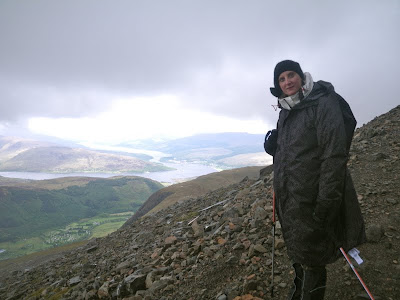 I have never been so pleased to see clear ground before.
(Excuse the humpback look, these capes are the best thing ever for kitting up quickly as they cover your rucksack too.)
Descending is always a challenge for my due to weak knees and this one saw me in agony yet again.  This caused me to be so much slower than I wanted and it frustrated me so much.
Our overall time 6 hours 15 minutes. Not bad, however for our challenge it needs to be quicker, even if only by half hour or so.
One hell of an experience and as I sat looking at the photos hubby had taken it was scary to see that we stood 5ft way from the edge. It's easy to see how people could stand on the cornice and not even know.
As for this old girl with knackered knees, well I have now climbed all three of the highest mountains in the UK!
Get Me!
Now I only have to try and do all three in 24hours!
X x
Posted by Please may I? at 10:30